We were delighted to attend the WMCIU AGM recently, which was held at the Winter Gardens, Blackpool on April 5th. 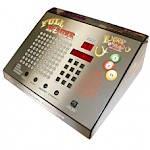 Want a full house? How about Bingo?

From its roots in 16th Century Italy, to 1930’s America, when today’s game was devised in its current form, Bingo has always been a crowd-pleaser.  Its appeal has always been its simplicity to play (although the maths system behind the numbered cards is fiendish, and sent its inventor quite mad!), allied with a great combination of both fun and tension – plus, of course the knowledge that every game will result in a win for at least one lucky person.

How getting a jukebox could be a real money-spinner for your venue.  As everyone knows, playing music is a great way to create a friendly and welcoming atmosphere in a venue. And what could be better than allowing your customers to choose their own music? For well over 50 years, the jukebox has been allowing customers to share their favourite songs with friends, partners and fellow venue-goers. 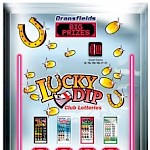 Does your venue have a pull tab lottery machine? If not, here’s a few thoughts on how installing one could be a real win-win for you and your customers. Pull tab lottery machines are a great way of generating cash for your venue – and offer a great experience for your customers, who could win up to £100 for a 25p ticket, £200 for a 50p ticket or £500 for a £1 ticket. 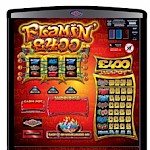 The stakes are higher – are you taking advantage?

Great news for gaming machine players out there – and therefore for venues hosting them! This year (since the 16th January 2014, in fact), changes to legislation have come into effect allowing an increase in maximum stakes and prizes for Category B4 machines (club machines)and an increase in maximum ticket price on Category B3A machines. It’s been a long time coming - this is the first increase in the top prize on a club machine for over 20 years. 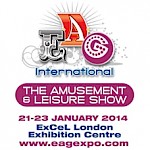 Something to brighten the gloom of January – the gaming and amusement machine exhibition season is upon us! We have two major exhibitions to look forward to in the next few weeks. The first is EAG International at the Excel London Exhibition Centre between the 21st and 23rd January. Billed as the amusement and leisure show, it promises to be quite an event. 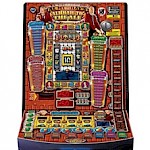 Inevitably, since it's January, we find ourselves half looking back to the year just gone, half looking forward to what's in store for 2014. It's been a busy year, with lots of business successes – and one huge achievement for me, personally. In climbing Mount Kilimanjaro in October 2013, I managed to raise over £8,000 for The Responsible Gambling Trust and Rays of Sunshine – a charity supporting children with serious illnesses.

Chris Haley, Managing Director of Dransfields, the ACC recommended supplier of Gaming and Amusement Equipment, put his best foot forward for charity with a trek to the Roof of Africa in October 2013.